( This Rating Purely Based On My Opinion After Watching The Anime)

Tokyo has become a cruel and merciless city—a place where vicious creatures called “ghouls” exist alongside humans. The citizens of this once great metropolis live in constant fear of these bloodthirsty savages and their thirst for human flesh. However, the greatest threat these ghouls pose is their dangerous ability to masquerade as humans and blend in with society. Based on the best-selling supernatural horror manga by Sui Ishida, Tokyo Ghoul follows Ken Kaneki, a shy, bookish college student, who is instantly drawn to Rize Kamishiro, an avid reader like himself. However, Rize is not exactly who she seems, and this unfortunate meeting pushes Kaneki into the dark depths of the ghouls' inhuman world. In a twist of fate, Kaneki is saved by the enigmatic waitress Touka Kirishima, and thus begins his new, secret life as a half-ghoul/half-human who must find a way to integrate into both societies. 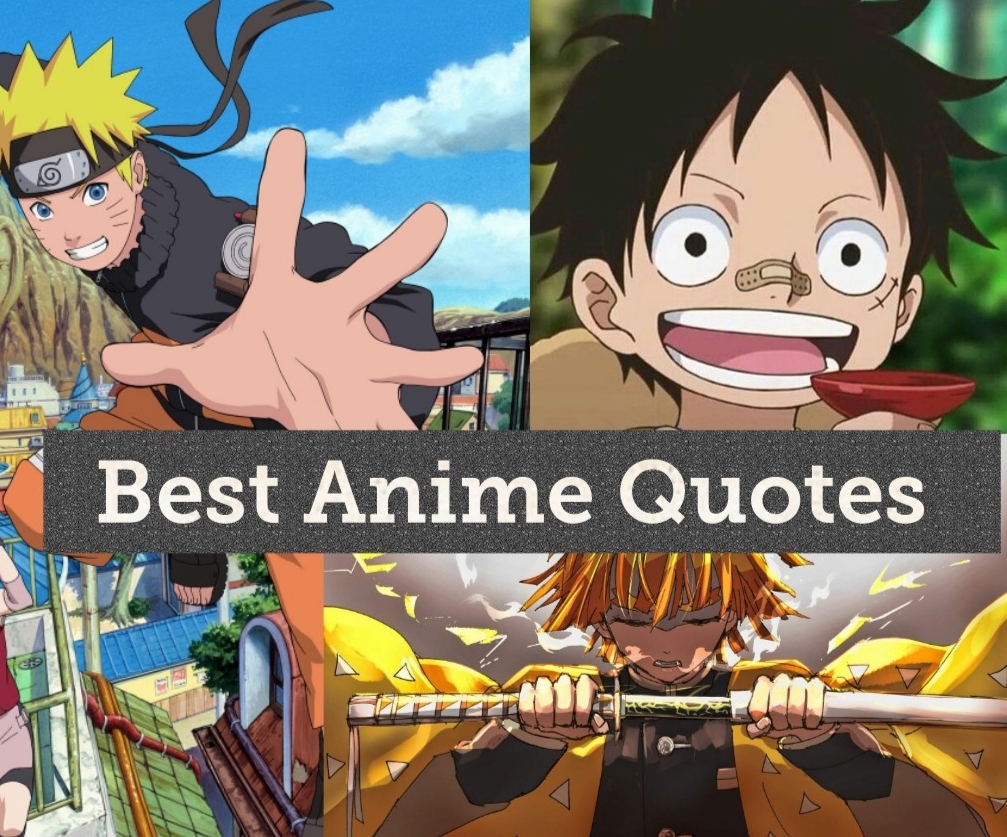 Anime Quotes 1."A person grows up when he’s able to overcome hardships. Protection is important, but there are some things that a person must learn on his own." - Jiraiya. 2."You need to accept the fact that you’re not the best and have all the will to strive to be better than anyone you face." - Roronoa Zoro. 3.“I want you to be happy. I want you to laugh a lot. I don’t know what exactly I’ll be able to do for you, but I’ll always be by your side.” – Kagome (InuYasha) 4.“People’s lives don’t end when they die, it ends when they lose faith.” – Itachi Uchiha (Naruto) 5.“Every journey begins with a single step. We just have to have patience.” – Milly Thompson (Trigun) 6.“If you can’t do something, then don’t. Focus on what you can.” – Shiroe (Log Horizon) 7."We are all like fireworks: we climb, we shine and always go our separate ways and become further apart. But even when that time comes, let's not disappear like a 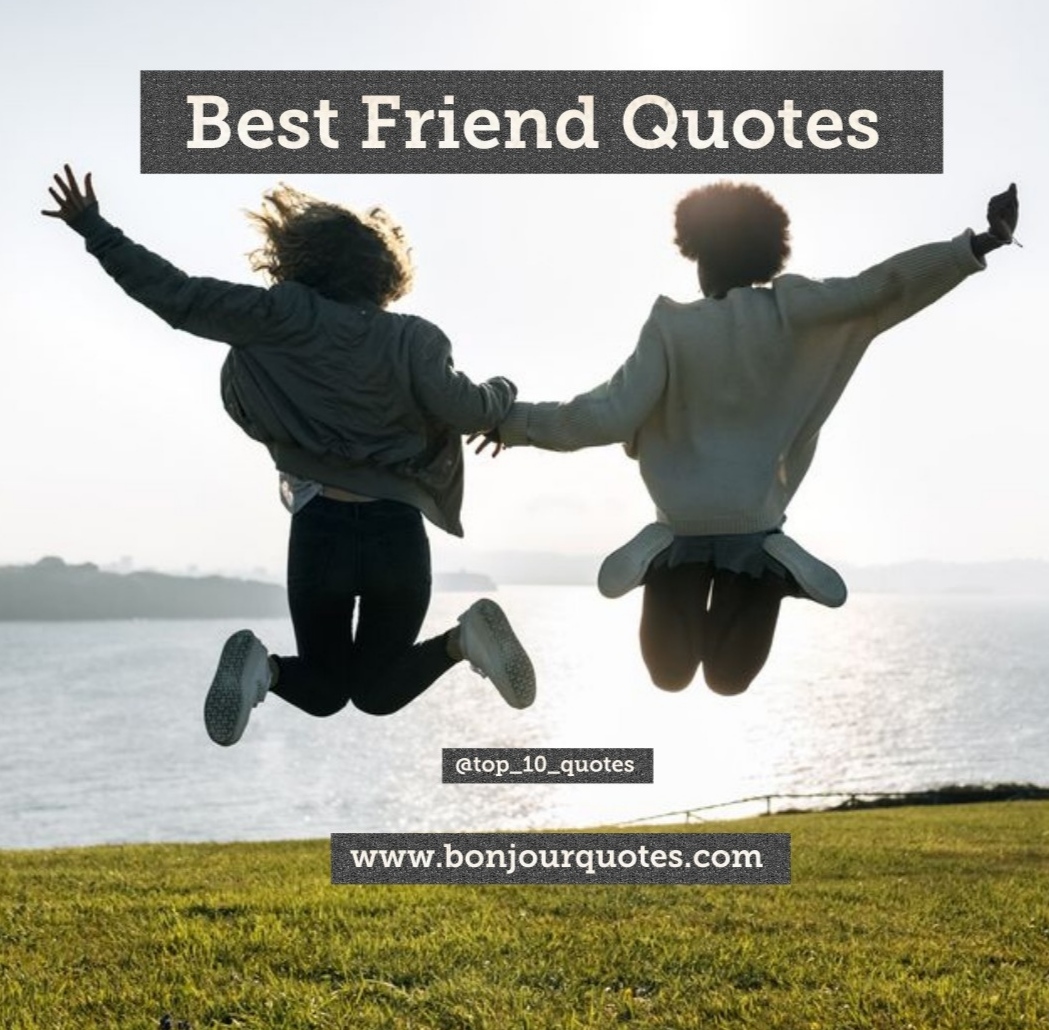 Best Friend Quotes 1."My best friend is the one who brings out the best in me." - Henry Ford 2."Because of you, I laugh a little harder, cry a little less, and smile a lot more." -Unknown 3.“A real friend is one who walks in when the rest of the world walks out.” — Walter Winchell 4.“A best friend is the one person that doesn't leave you worse off by their actions or yours.”― Shannon L. Alder 5.“The cheapest luxury in this world is the time you get to enjoy with your friends.”― Garima Soni 6.“That was what a best friend did: hold up a mirror and show you your heart.” ― Kristin Hannah 7."Don't walk behind me; I may not lead. Don't walk in front of me; I may not follow. Just walk beside me and be my friend." — Albert Camus 8. "Life isn't about having a thousand friends, it's about finding the very few right ones you need." — A.R. Asher 9.“That's the problem with best friends. Some 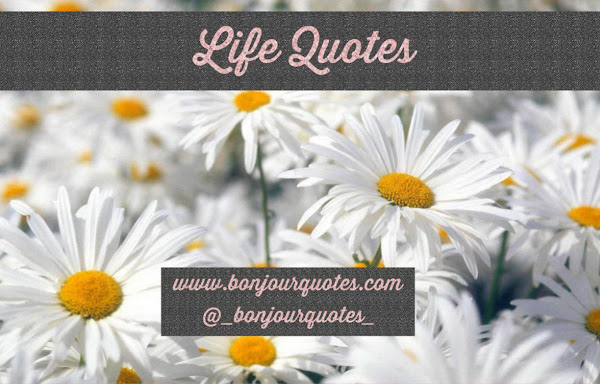 Life Quotes 1.“Life is what happens when you’re busy making other plans.” — John Lennon 2.“Get busy living or get busy dying.” — Stephen King 3.“Instead of worrying abat you cannot control, shift your energy to what you can create.” ― Roy T. Bennett 4.“Life will just not wait for us to live it: We are in it, now, and Now is the time to Live” ― Michelle Geaney 5.“Life imposes things on you that you can’t control, but you still have the choice of how you’re going to live through this.” — Celine Dion 6.“Think about every good thing in your life right now. Free yourself of worrying. Let go of the anxiety, breathe. Stay positive, all is well.” ― Germany Kent 7.“Health is the greatest gift, contentment the greatest wealth, faithfulness the best relationship.” — Buddha 8.“If you are good, people will criticize you. If you are bad, people will criticize you. If you are both good and bad, people will still criticize you. Therefore, don’t wast 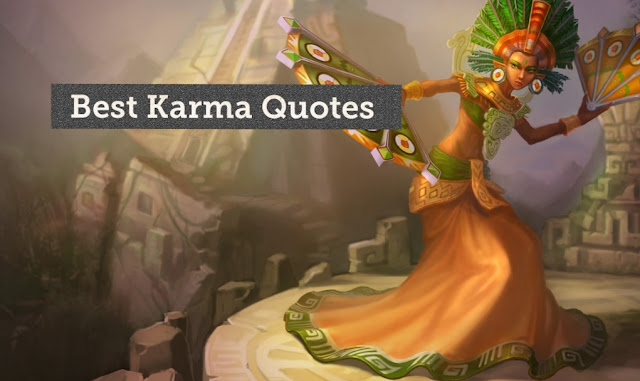 Karma Quotes 1.“I try to live with the idea that karma is a very real thing. So I put out what I want to get back.”- Megan Fox 2."When you truly understand karma, then you realize you are responsible for everything in your life." – Keanu Reeves 3."You cannot do harm to someone because someone has done harm to you. You will pay just like they will."– Ericka Williams 4.“To embody love or to be the embodiment of love means to be the expression of love through loving thoughts, words, and deeds.” ― Tara Bianca 5.“If you give a good thing to the world, then over time your karma will be good, and you’ll receive good.”- Russell Simmons 6."I believe in karma, and I believe if you put out positive vibes to everybody, that’s all you’re going to get back." – Kesha 7."My actions are my only true belongings. I cannot escape the consequences of my actions. My actions are the ground upon which I stand." – Thích Nhất Hạnh 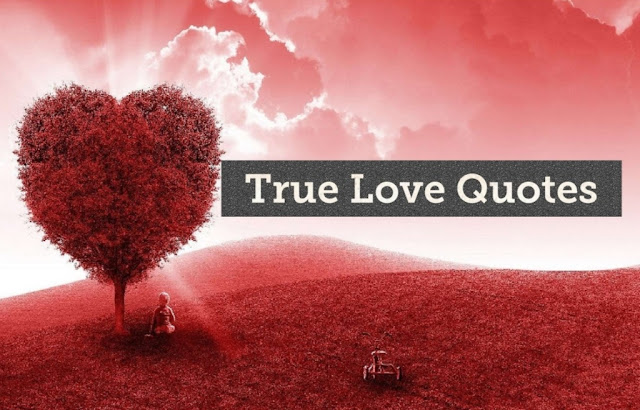 Best True Love Quotes 1."I believe in the immeasurable power of love; that true love can endure any circumstance and reach across any distance." - Steve Maraboli 2."I was made and meant to look for you and wait for you and become yours forever." - Robert Browning 3."I look at you and see the rest of my life in front of my eyes." –Unknown 4."Your love shines in my heart as the sun that shines upon the earth." – Eleanor Di Guillo 5."Your absence has not taught me how to be alone; it has merely shown me that when together we cast a single shadow on the wall." – Doug Fetherling 6."I saw that you were perfect, and so I loved you. Then I saw that you were not perfect and I loved you even more." – Angelita Lim 7."True love is supposed to make you into a better person-uplift you." - Emily giffin 8." I'm done. I don't need anything 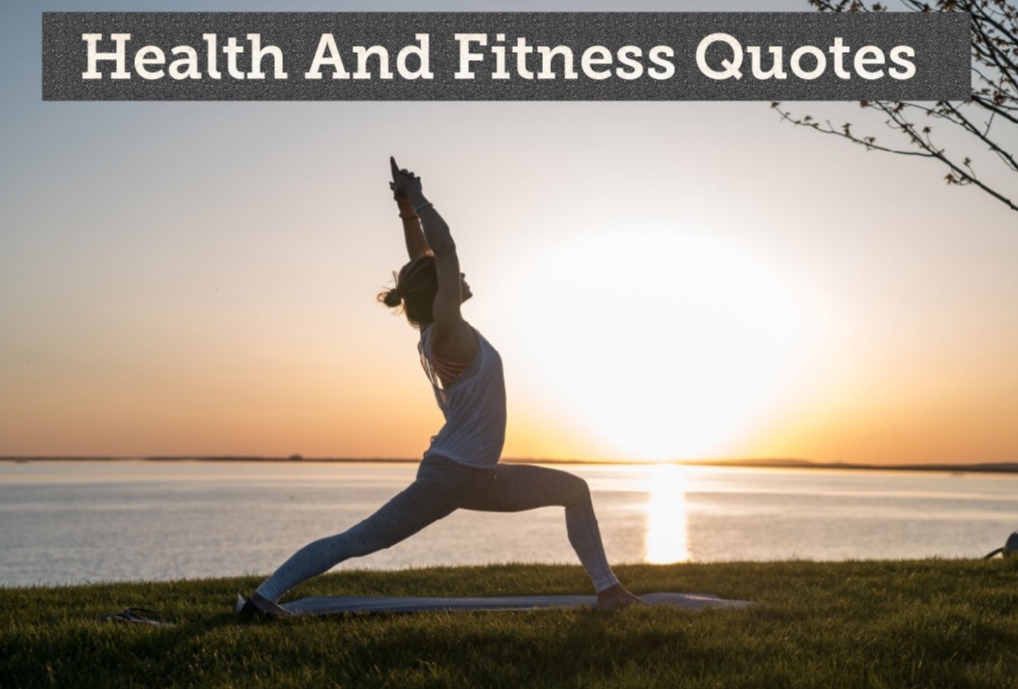 Health And Fitness Quotes 1. "The only person you are destined to become is the person you decide to be." – Ralph Waldo Emerson 2."If we could give every individual the right amount of nourishment and exercise, not too little and not too much, we would have found the safest way to health." — Hippocrates 3.“Every living cell in your body is made from the food you eat. If you consistently eat junk food then you’ll have a junk body.” - Jeanette Jenkins 4.“Those who think they have not time for bodily exercise will sooner or later have to find time for illness.”-Edward Stanley 5.“Healthy habits harbor happiness.” ― Zero Dean 6.“When it comes to eating right and exercising, there is no ‘I’ll start tomorrow.’ Tomorrow is disease.” - V.L. Allinear 7."Health is a state of complete harmony of the body, mind and spirit. When one is free from physical disabilities and mental distractions, the gates of the soul open." – B.K.S. Iye 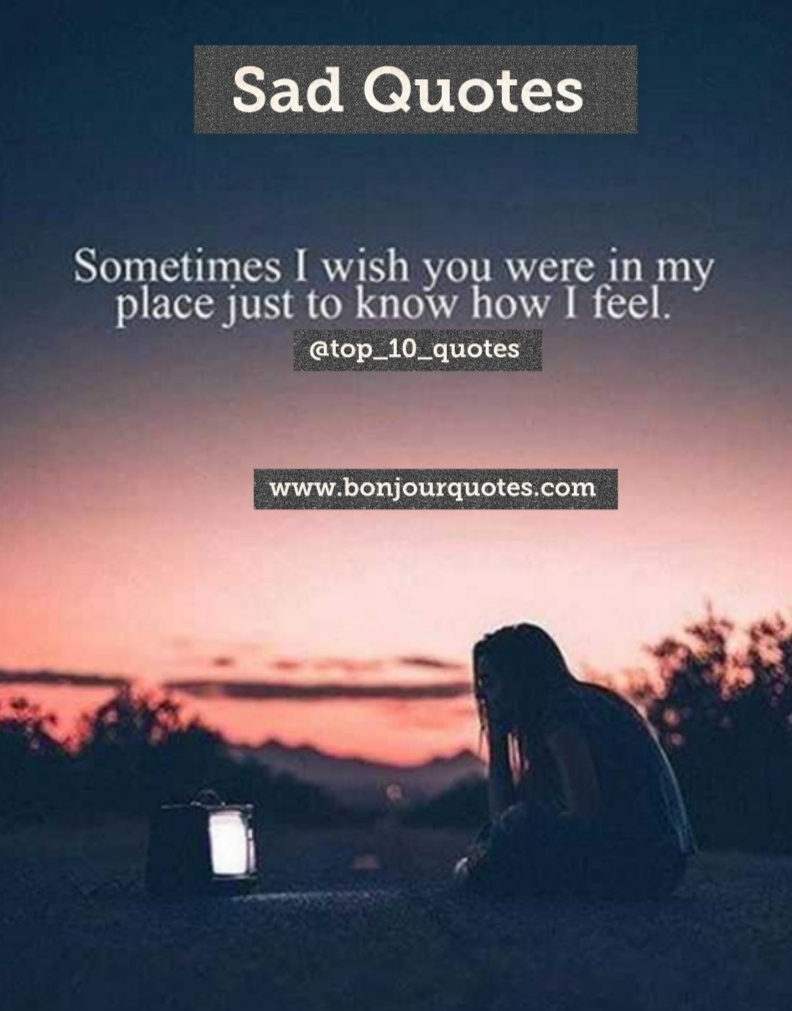 Sad Quotes 1."It's sad when someone you know becomes someone you knew." –Henry Rollins 2."Some people are going to leave, but that’s not the end of your story. That’s the end of their part in your story."- Faraaz Kazi 3."There is no greater sorrow than to recall, in misery, the time when we were happy." –Dante Aligheri 4."The reason it hurts so much to separate is because our souls are connected." - Nicholas Sparks 5."There is one pain, I often feel, which you will never know. It’s caused by the absence of you." - Ashleigh Brilliant 6."If you cannot hold me in your arms, then hold my memory in high regard. And if I cannot be in your life, then at least let me live in your heart." - Ranata Suzuki 7."You fell in love with a storm. Did you really think you would get out unscathed?" - Nikita Gill 8. "Love never dies a natural death. It dies because we don’t know how to replen 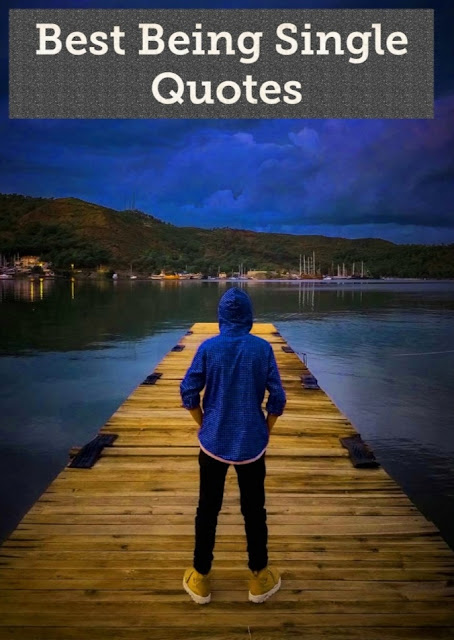 Best Being Single Quotes 1.I’m not single. I’m not taken. I’m simply on reserve for the one who deserves my heart. - Anonymous 2.“Being single is definitely better than being with the wrong person” – Hassan Choughari 3.Single is not a status. It is a word that describes a person who is strong enough to live and enjoy life without depending on others. - Anonymous 4."I never found a companion that was so companionable as solitude." – Henry David Thoreau 5.“If you aren’t good at loving yourself, you will have a difficult time loving anyone, since you’ll resent the time and energy you give another person that you aren’t even giving to yourself.” – Barbara De Angelis 6.Being single used to mean that nobody wanted you. Now it means you're pretty sexy and you're taking your time deciding how you want your life to be and who you want to spend it with. 7."If you truly want to be respected by people you love, you must prove to them that 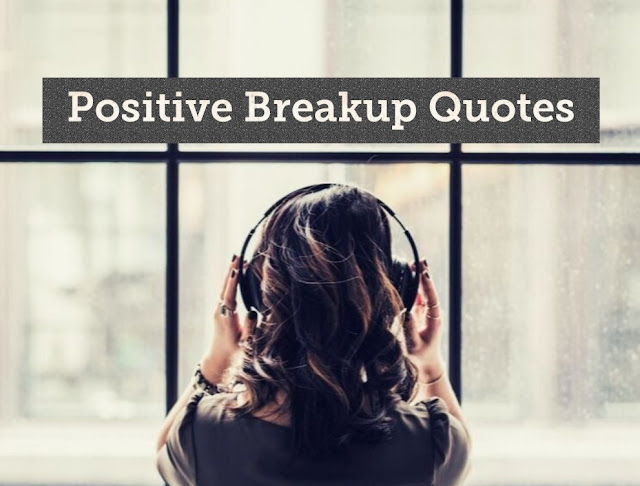 Positive Breakup Quotes 1.“It’s better to be single with a standard than losing yourself for approval.” 2."Pain makes you stronger, fear makes you braver, heartbreak makes you wiser." —Drake 3.“You don’t walk out of a breakup empty-handed. Every breakup teaches a lesson. Find yours.” 4."Starting today, I need to forget what's gone. Appreciate what still remains and look forward to what's coming next." 5.“Not all storms come to disrupt your life. Some come to clear your path.” —Paulo Coelho 6."Breaking up is just like having the worst nightmare after having the best dream." 7."The hardest thing is not talking to someone you used to talk to every day."—SumNan 8. "Sometimes, your heart needs more time to accept what your mind already knows." 9."Don't be afraid to start over. It’s a brand new opportunity to rebuild what you truly want." 10. "Never allow someone to b 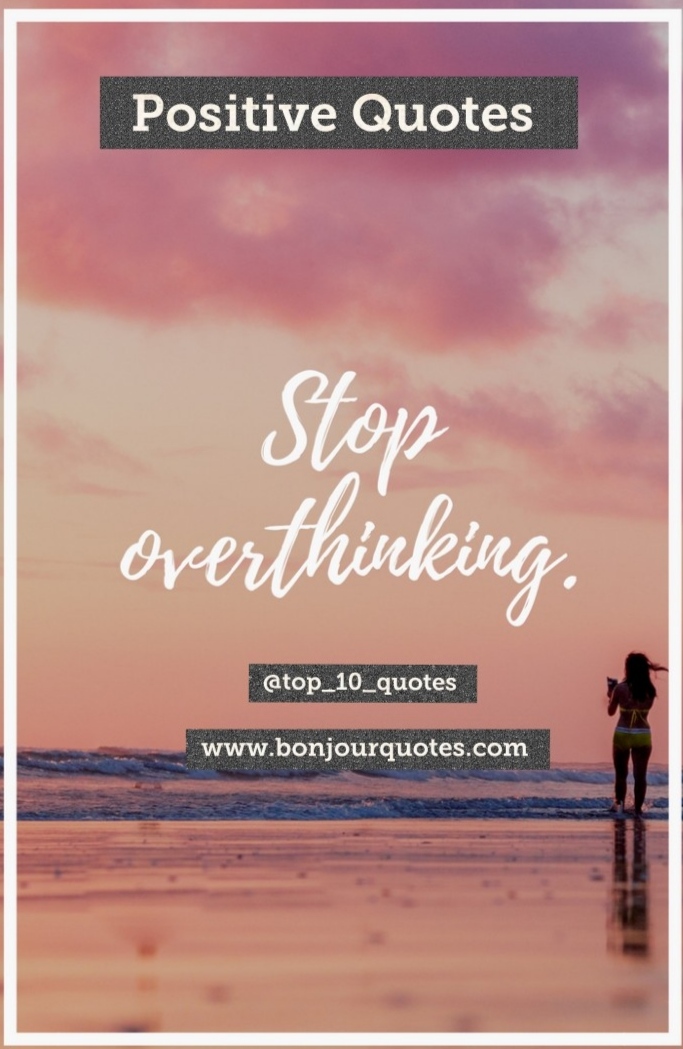 Positive Quotes 1."Believe you can and you’re halfway there." - Teddy Roosevelt 2."Setting goals is the first step in turning the invisible into the visible." —Tony Robbins 3."Believe in yourself. You are braver than you think, more talented than you know, and capable of more than you imagine." - Roy T. Bennett 4."Winning doesn’t always mean being first. Winning means you’re doing better than you’ve done before." - Bonnie Blair 5."Inspiration comes from within yourself. One has to be positive. When you’re positive, good things happen." —Deep Roy 6."Attitude is a choice. Happiness is a choice. Optimism is a choice. Kindness is a choice. Giving is a choice. Respect is a choice. Whatever choice you make makes you. Choose wisely." - Roy T. Bennett, 7."A positive atmosphere nurtures a positive attitude, which is required to take positive action." - Richard M. DeVos 8. "Don'